If you missed our original piece on Olympus DAO, or the piece comparing OHM Fork revenues and dilution, definitely check them out to set the stage. Olympus came up with a unique mechanism for “optimal control and model predictive control in DeFi”, as a recent academic paper by Chitra et al. published out of Berkeley and Stanford wrote. In layman’s terms, what Olympus built was completely new in DeFi. For the first time, there was a mechanism to not only adjust pricing on liquidity reactively, but one that also sought to proactively anticipate behavior and pricing for liquidity.

This mechanism proved immensely popular for both good (actual building) and evil (rugs), before just as quickly falling out of favor. While the actual viability of the mechanism itself is still heavily debated, it’s undeniable that a number of influential protocols (BTRFLY, KLIMA, OHM, to name a few) have emerged out of its ashes. They don’t command the market caps they once did, but as major holders of a number of protocols, including Convex and Curve, they can’t be forgotten either. People often forget that the actual focus of Olympus was never on APY, it was on productive asset and liquidity accumulation.

For the second time, the team at Olympus is trying to restructure a foundational portion of the ecosystem to allow for proactive behavior. As part of the shift from mercenary behavior, a number of protocols have incentivized long term stakers through boosted yield for long-term token lockup.

These sorts of token lockups are fundamentally reactive. The market rate for boosted rewards is set at a level that each protocol assumes will properly incentivize long-term alignment. This mechanism is dated for two crucial reasons:

In real life, yield curves are extremely flexible. Downward markets are categorized by flatter yield curves, as investors lose faith in long-term value and huddle in shorter-dated debt. More positive markets have more ‘normal’ yield curves, in which long-term payouts adequately reflect the risk associated with increasing time staked. A lot of this may seem familiar for folks that have spent time in traditional finance. That’s because many of the optimizations around staking duration closely mirror traditional zero-coupon bonds. Enter the Olympus bond market.

A zero-coupon bond is a type of debt taken on by an issuer, in this case Olympus. Zero-coupon refers to the fact that there are no payments (coupons) made by the issuer until the bond’s maturity. At its core, the proposition from the Olympus team is very simple (and is exactly what you’d expect the Central Bank of DeFi to do)- create zero coupon ‘treasury’ bonds across various durations. To help make sense of this, let’s compare it to traditional time-locked staking:

Ultimately, the investor outcome is the same. Zero-coupon bond users receive a boosted amount of the governance token based on their desired staking duration. An OHM-March23 bond yielding 100% would automatically convert into twice the amount of deposited Olympus upon expiration. This limits the highest tier of payouts to only holders that are willing to risk their assets for the longest time-horizon.

The zero-coupon bond model has a few crucial implications for Olympus, the DeFi marketplace, and investor visibility. Two of these are listed above- flexible rate adjustment over time, and flexible rate adjustment by bond duration. As an example, consider the 2-year OHM treasury. Say, at launch, conditions are bad, and willingness to take on 2-year Olympus debt is low. To properly incentivize adequate uptake, the protocol would have to offer a higher payout rate (imagine 400%).

Now, imagine we’re six months further along. Macro conditions have changed. Faith has reemerged in Olympus’s goal. All of a sudden, long-duration OHM debt is much more in-demand. Unlike a static time-locked staking structure, the protocol now has increased freedom to adjust rates to reflect current market demand (rather than demand 6 months prior). Now Olympus debt is yielding 250%. My 400% yield OHM treasuries is worth a premium to current market rates, so by selling that position on the secondary market I would be able to realize that difference in yield, plus the time value of the current debt position.

This mechanism creates a lot of theoretical additional trading action for Olympus to capitalize on. If pools for Olympus bonds are paired against OHM, and are treasury owned, LP fees from these transactions would flow through to stakers. Furthermore, price anticipation of Olympus is difficult, as it’s a factor of both active sentiment and APY / dilution. Creating zero-coupon bonds allows investors to create tactical bets on the underlying mechanism, yield, rather than its effect.

Expansion also allows for more creative market-neutral bets that are currently impossible (although you can now hedge gOHM risk through SSOVs). Say I’m pretty bearish on Olympus over the next six months, but think that, longer term, rollouts are going to generate a lot of revenue. I could then analyze the return of the six-month treasury against the two-year. If the relative difference in price is less than the expected magnitude of the yield upside, I would then short sell 6-month Olympus debt, and use that money to fund 1-2 year Olympus debt purchases. This is a carry trade, a classic move in TradFi, but one that has been difficult to execute at the protocol level in DeFi.

Liquidity shouldn’t be a major issue, even for secondary market trading. The protocol always serves as a counterparty willing to issue new internal bonds at the given rate, so old issuance can theoretically always be priced through a traditional bond pricing calculator.

Let’s take it one step further. While all this is really interesting at a protocol/product level, how does this turn into a business? From this point on everything is speculative, and has yet to be announced by Olympus.

Take a look at how Olympus expanded bonding. First, they used it internally as a proof of concept for protocol owned liquidity. From there, they tooled the mechanism to be integratable into other protocols, through Olympus Pro. Now, it’s set to be fully permissionless. Olympus Pro is already a $10mn/yr profit business in less than a year. I predict it’s $25mn annualized within a year. Bonds as a Service, Software as a Service. BaaS SaaS. Punchy.

Eight months later, Olympus announced an interesting alternative- Olympus Treasuries. Again, proof-of-concept will occur at the protocol level. Again, I fully expect the mechanism to be scalable and integratable. Creating flexibility at the protocol level is what Olympus is all about, and sharing the bond mechanism gives them opportunities in two avenues:

Both are interesting and will drive ARR for Olympus. Option One will likely be necessary if the complexity of setting bond pricing to incentivize uptake proves difficult. Otherwise, Olympus can almost serve as a traditional credit agency.

As certain partners improve their ‘creditworthiness’ through demonstrated interest in the Olympus economy, through balance sheet maintenance, and through market size, Olympus can increase their liquidity provided in pools against that token’s bonds issued through Olympus. This will naturally increase POL revenue for the most-established and most-invested protocols.

Regardless of how the end-market is structured, it’s worth thinking through the implications of liquid secondary markets on future yield. If there’s one thing I’ve learned through Robinhood, Crypto, and DeFi 2.0 it’s that people love to gamble and institutions love to play the house.

This report is not investment or trading advice. Please conduct your own research before making any investment decisions. Past performance of an asset is not indicative of future results. The Author may be holding the cryptocurrencies or using the strategies mentioned in this report 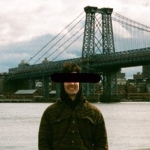 Jack works in Token Labs for the TIE