The total cryptocurrency market cap has surpassed $1T for the first time ever. This is $250B more than the previous high set back in January of 2018. 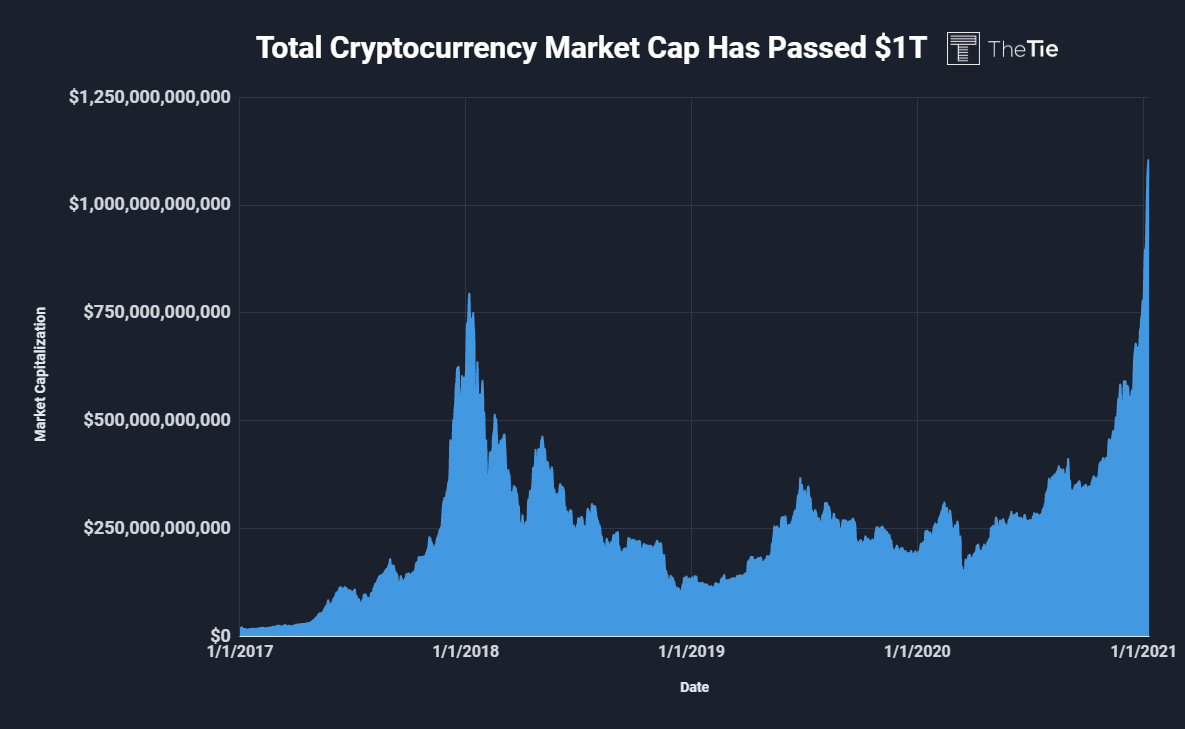 Once again, we saw positive returns throughout the majors this past week. Investor sentiment has become increasingly more positive, with the median long term sentiment score increasing from 68.7 last week to now over 71. Trading volume was up +82%, with XLM (+610%), EOS (+115%), and XTZ (+106%) all increasing by triple digits. Tweet volume was up for every major asset (+30.3%) besides XRP, as the onslaught of regulatory drama died down.

On Monday, US Federal Regulator OCC published a letter stating that federally regulated banks can use stablecoins to conduct payments and participate as nodes on a blockchain. The announcement put stablecoins (+90%) and Tether (+23%) at the forefront of media headlines this week. 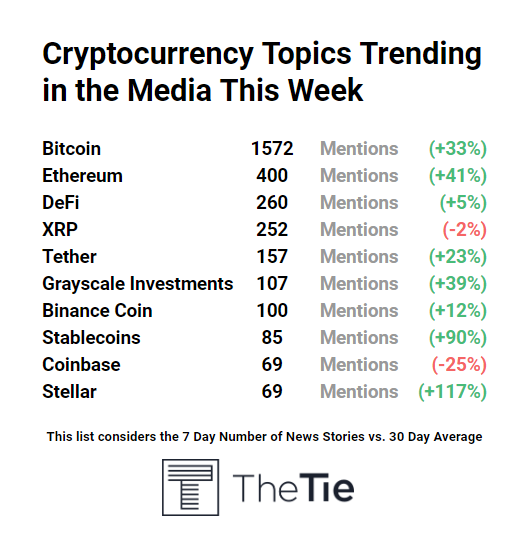 As Bitcoin pushed higher into price discovery, the major assets continued to move in a correlated fashion with a median weekly return of +23.3%. XLM (+108%) was the clear outlier this week, gaining traction after the Stellar Foundation announced a partnership with the government of Ukraine.

The price BCH surged after a press release announcement stating that Kim Dotcom will be using Bitcoin Cash for his newest innovation, K.IM, a suite of tools to enable anyone around the world to manage, protect and sell digital content at ultra-low fees and without intermediaries. 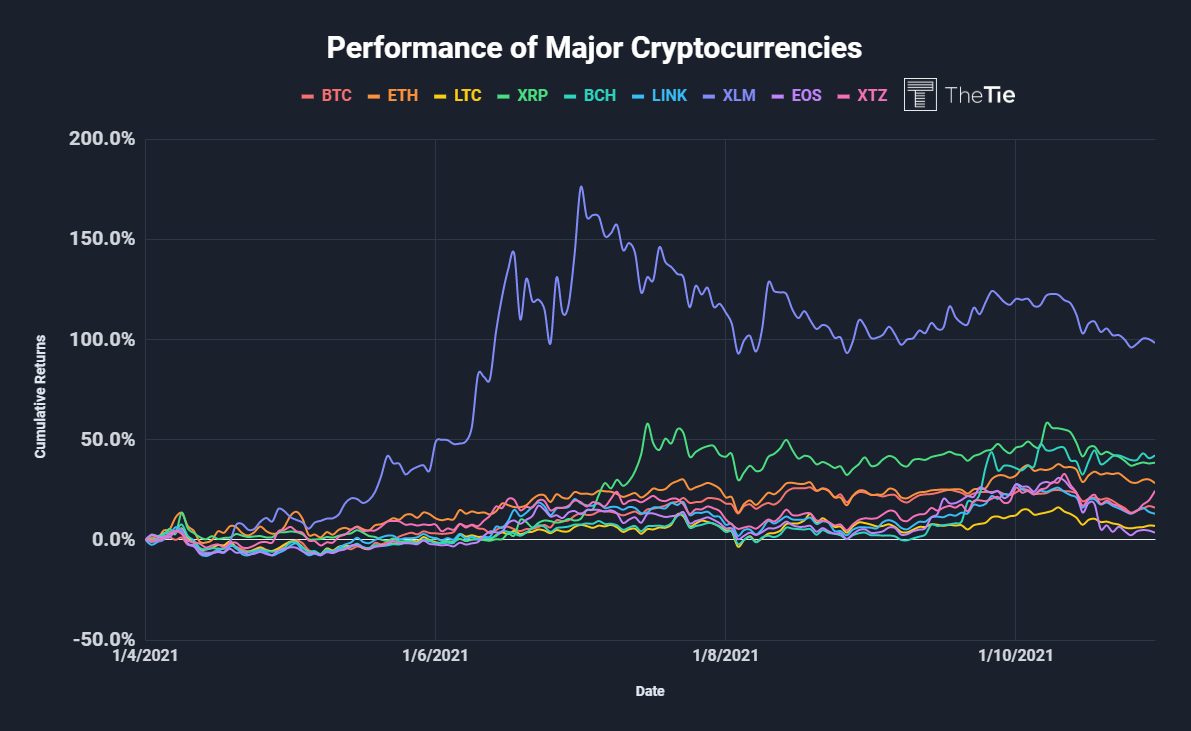 The price of Bitcoin traded within a 49% range this week, from the low of $28,130 that was set on Monday, all the way up to a new all time high of $41,950. On January 4, CNN Business reported that Anthony Scaramucci has launched a Bitcoin fund with $310M under management. Scaramucci recently confessed that he was initially a cryptocurrency skeptic, but the likes of hedge fund legend Paul Tudor Jones have helped SkyBridge to warm up to crypto. With institutional adoption continuing to grow, investor sentiment remained positive throughout the week, until late Sunday evening when the market dipped. 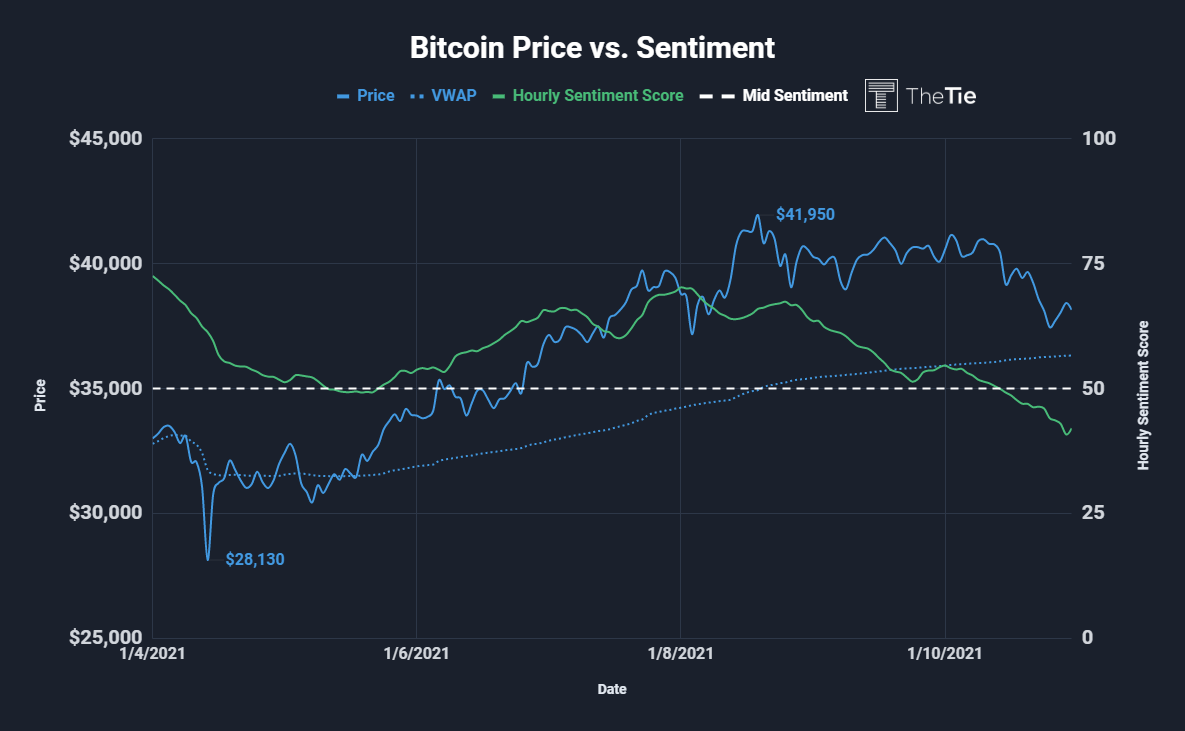 The average number of Daily Twitter users talking about Bitcoin has hit a new all time high of 35,883. This is huge, as this shows that retail investors are here and excited about Bitcoin. 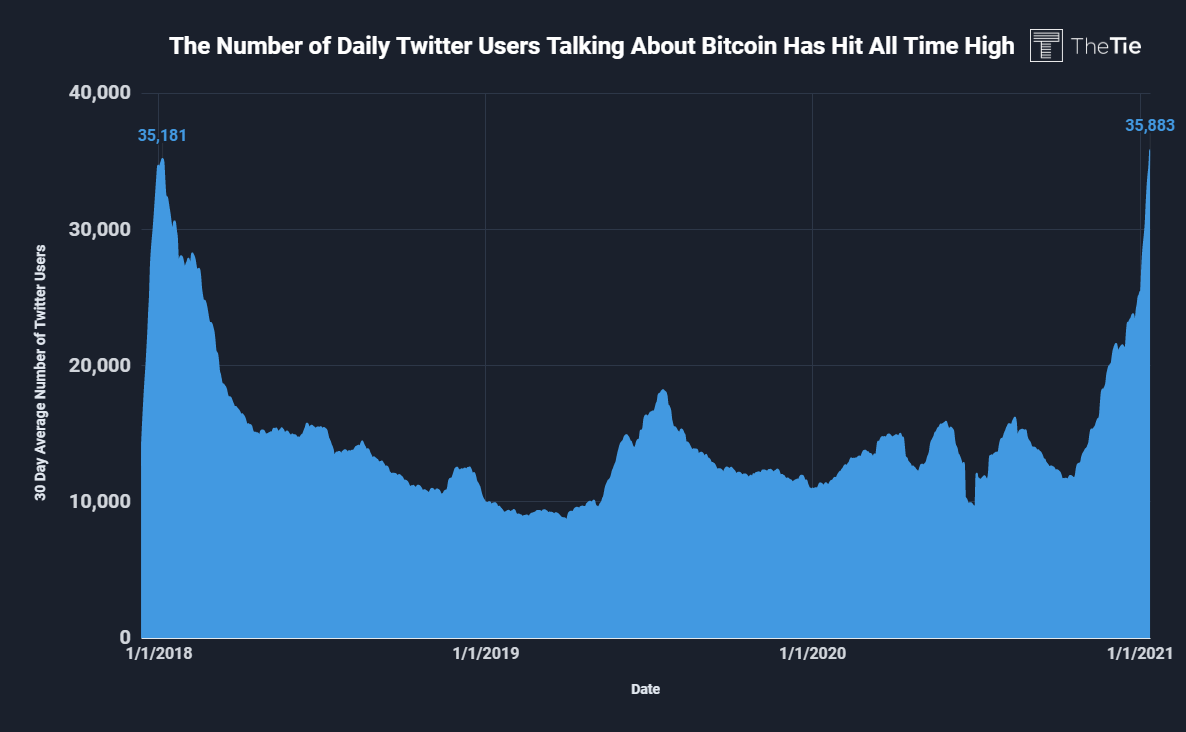 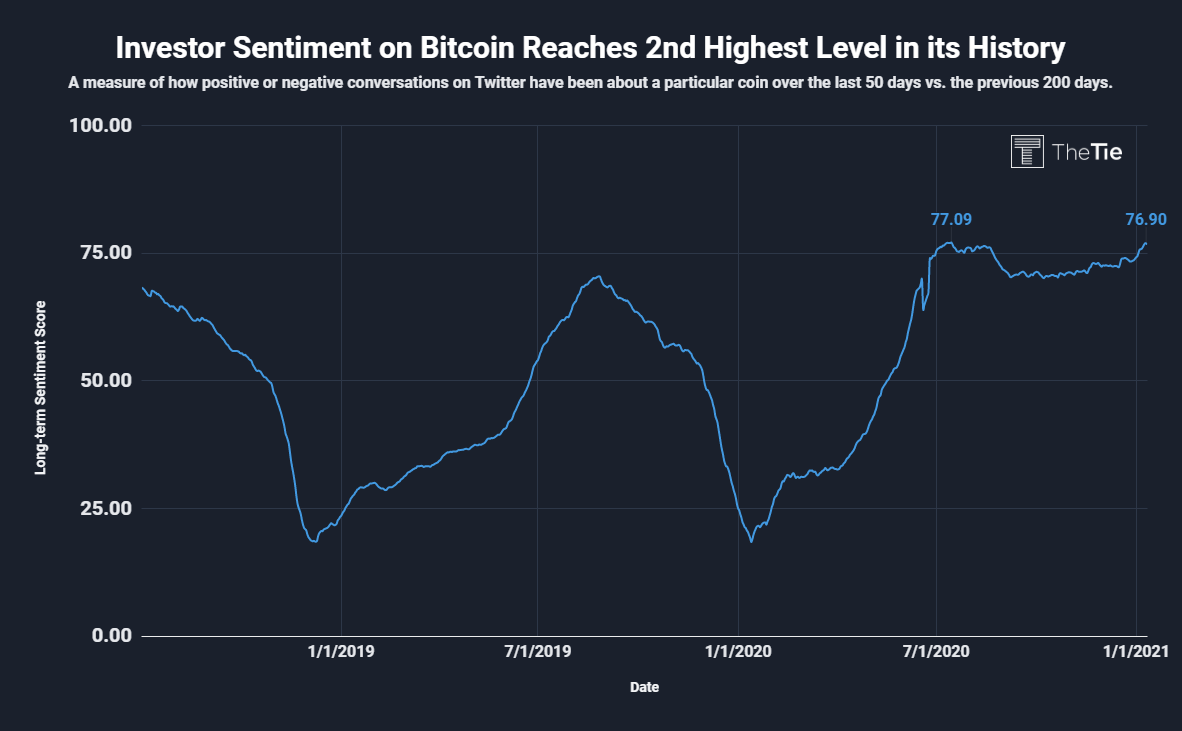 As the price of Ethereum has surged in the recent weeks, so has worldwide interest. Google search interest for Ethereum has hit a new all time high, passing the previous high set back in December of 2017. 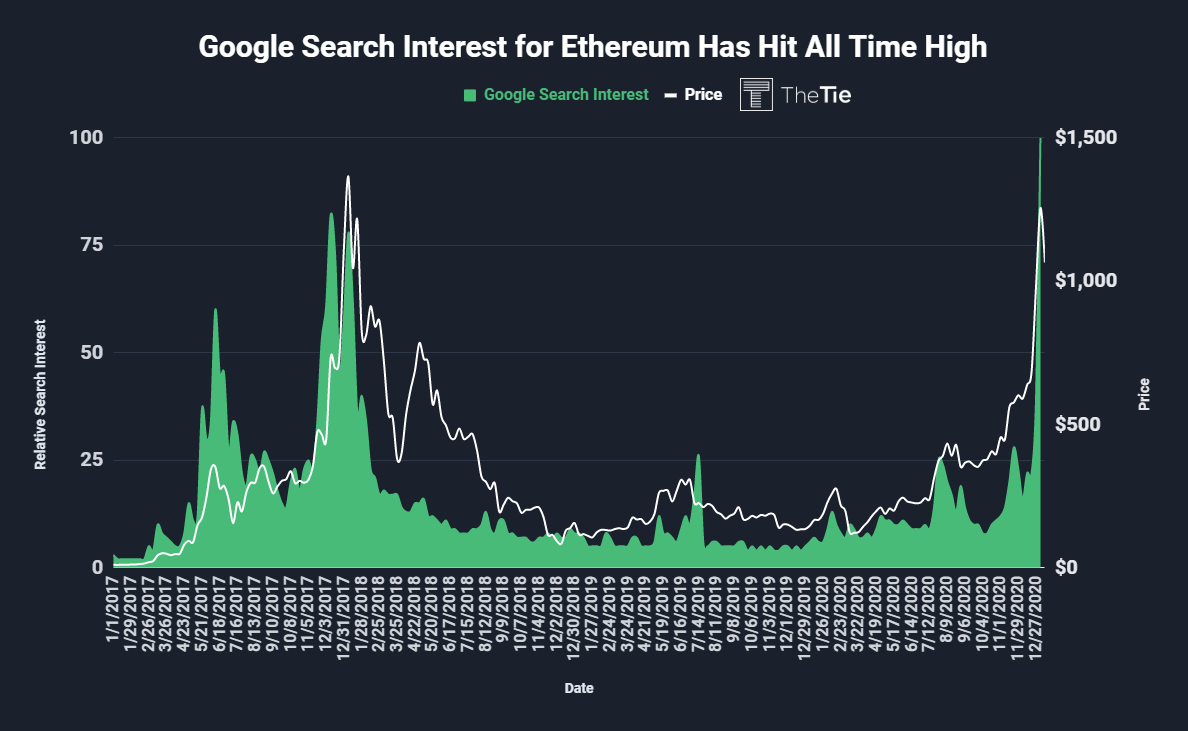 With this has come a huge spike in trading volume. Ethereum’s 30d average daily trading volume has reached a new all time high of $23B. 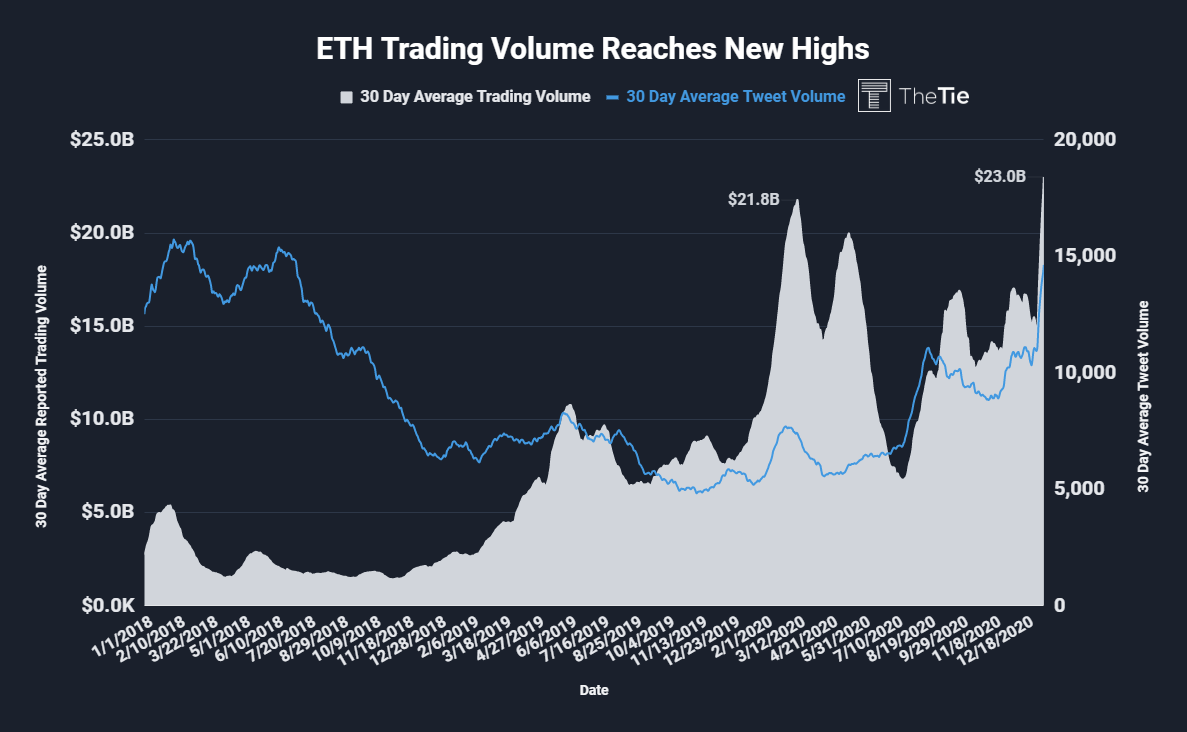 Earlier this week, the Stellar Development Foundation announced it signed a deal with Ukraine’s Ministry of Digital Transformation to work on both a central bank digital currency (CBDC) as well as stablecoin and virtual asset infrastructure. The partnership will see the development of Ukraine’s national digital currency on the Stellar blockchain network. This sparked excitement within the community, as the price of XLM increased by 170% within 48hrs of this announcement. Additionally, the number of Twitter users talking about Stellar had surged by 765% within the same time period. 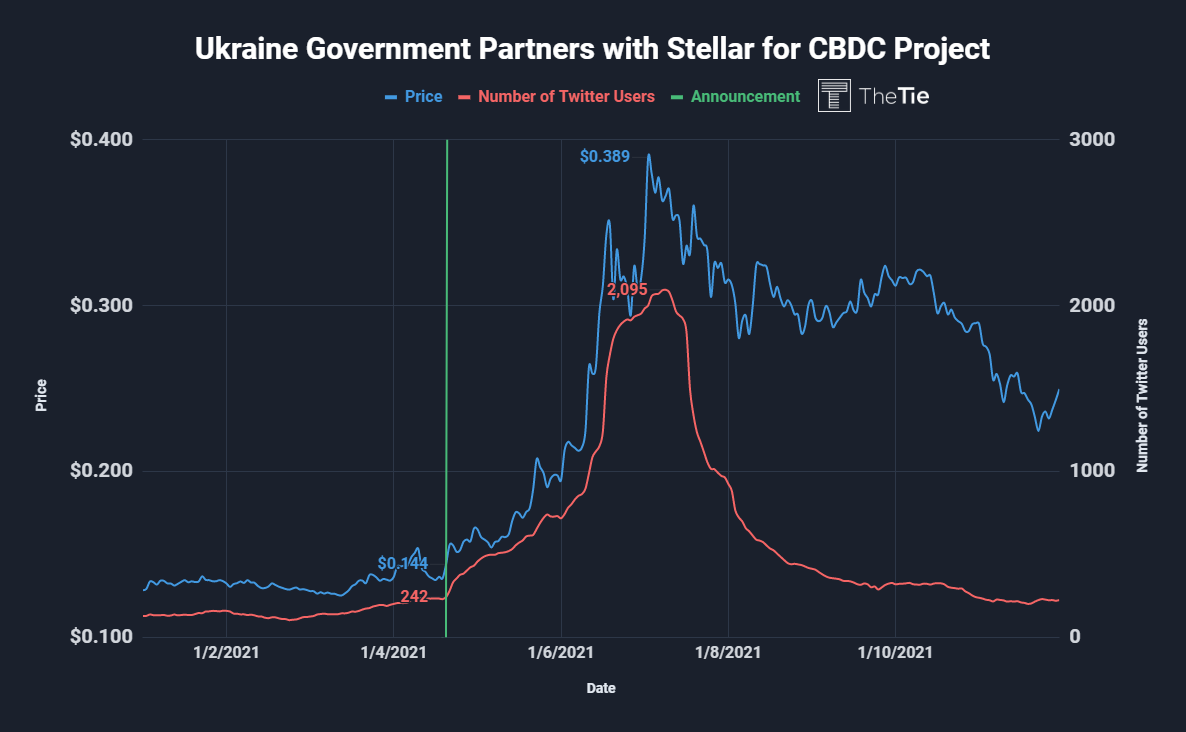 The median DeFi token saw a +17% return this past week, with MKR (+111%) leading the way. The price of Maker surged to a 2 year high, likely caused by the sharp increased supply in dai, the native stablecoin for MakerDAO. Total Value Locked (TVL) passed $23B this weekend. 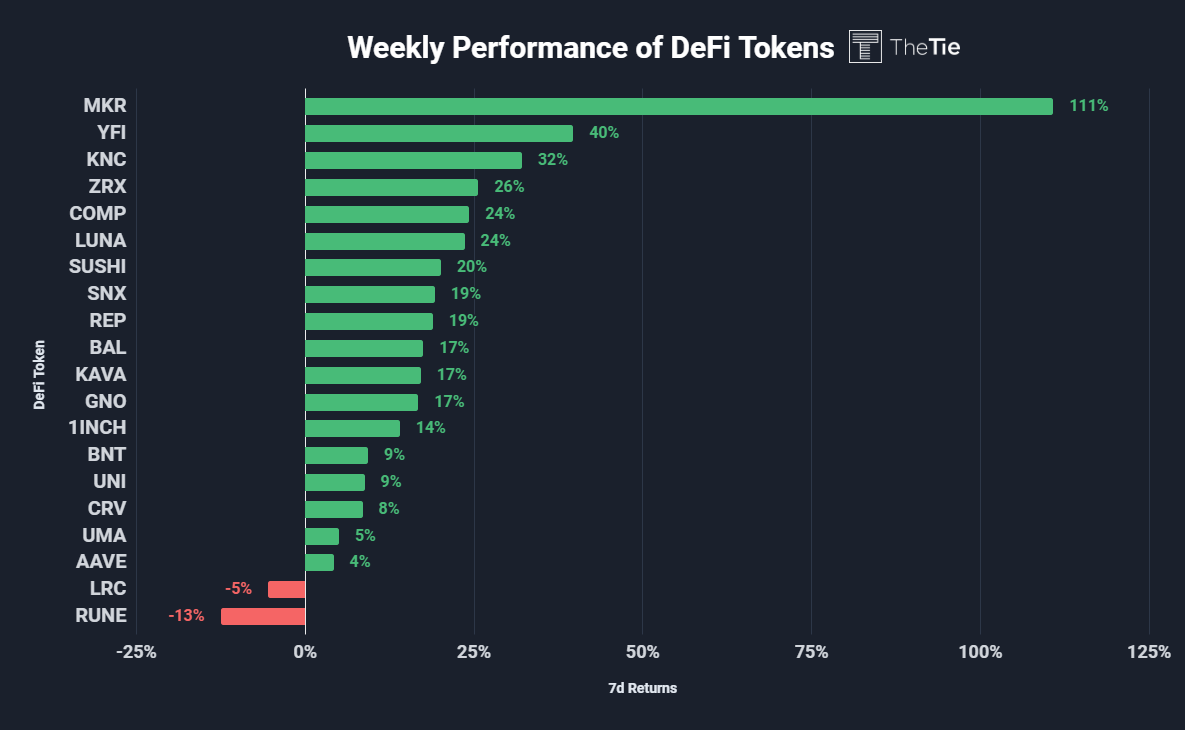 Mark Cuban will Run for President if Bitcoin Reaches $1M

Ep. 34 – Inflation as a Part of Life: Why Venezuela Needs Crypto with Mauricio Di Bartolomeo (Ledn)
Mauricio Di Bartolomeo (Co-Founder & Chief Strategy Officer of Ledn) joins The TIE’s Fundamental Value Podcast to discuss crypto mining, why the USDC airdrop is so important to the people of Venezuela, building lending products for all, and the Latin American crypto market. Listen here